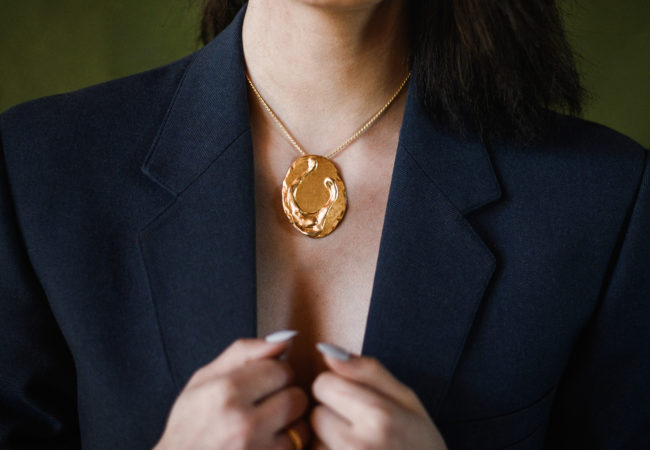 In 2015, Bresma was created by Stéphanie Macé : the top-of-the-range range of women's accessories, with mixed pieces. But especially for fans of mixtures / miscegenation. It is what AFFAIRES ÉTRANGÈRES loves !
In trying to have the least environmental impact possible, the brand offers rough and delicate pieces to transmit, oscillating between the modern and the antic.
To each collection, a natural element, a symbolic, a country / people - the starting point - once defined, the designer impregnates and elaborates its cocktail to create accessories with a strong identity thanks to the singularity of the details that bring character.

What AFFAIRES ÉTRANGÈRES Paris (AÉ) appreciates is that Bresma opted for a French production to promote the hexagonal know-how, and simultaneously, with the goal of having a reduced carbon footprint.

JEWELS:
Specifically, the design and manufacture are done by hand in Paris and in the vineyards in Burgundy.
Bronze, gold plated brass and silver are hammered, welded, ... by the designer.
Some steps, like cast iron and gold plated, are done by Parisian craftsmen.
The raw material that constitutes jewelry, is mainly from metal scrap. Solid money, on the other hand, comes from recycling.
Anyway, Bresma. avoid losses as much as possible by reusing the surpluses and jewels that have had the least success in order to create new pieces.
Fine chains as well as silver finishes are made in Italy.

SCARVES:
A point of honor has been put on the traditions. This is why silk twill scarves are made in the Lyon region. Historical region of French silk. In addition, the printing is done with non-polluting inks, that is to say solvents free.